The cultures of many different ethnic groups have helped to shape the music of the Hawaiian islands. Before the arrival of Europeans, the Polynesians had their own traditions of song and dance that were mainly used for religious purposes. When Europeans came to the islands, they brought with them various instruments and song styles, which influenced the sounds of Hawaiian music. 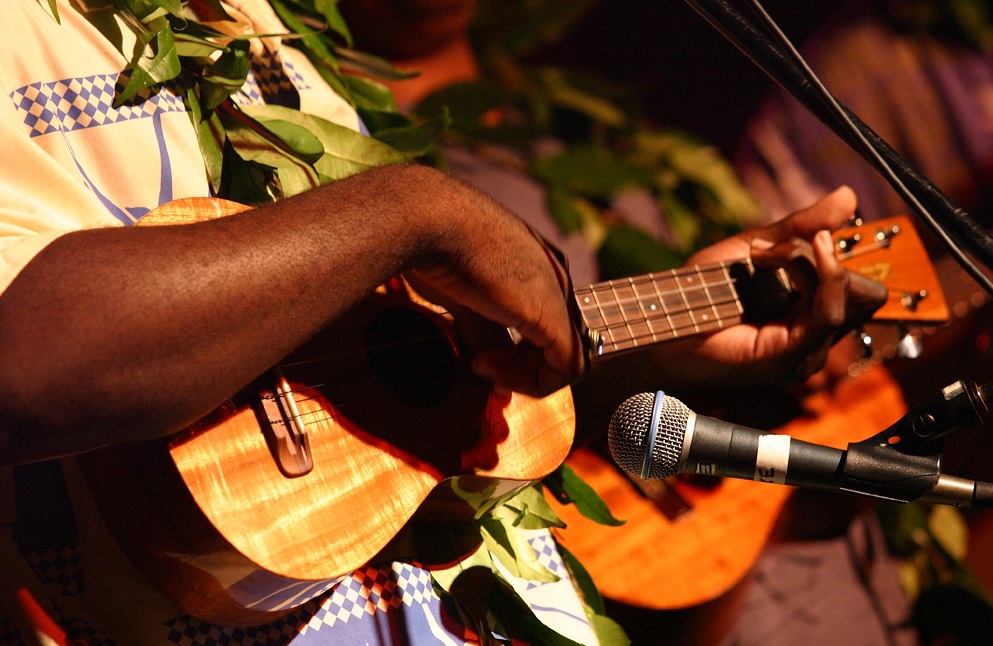 Ancient Hawaiian folk music was used for many different purposes, like giving praise to the gods and goddesses, delineating genealogy (mele koihonua), and telling mythological stories. Prior to Western contact, the Hawaiian word mele meant any poetic expression, but it now literally translates into’song’. Folk music was often accompanied by games, festivals, and other celebratory events. The chants, which were the root of folk music, were used to express various emotions like anxiety over something, affection, or to ask a favor of someone. Chants could also be used for naming a child (mele inoa), for prayer (mele pule), or for surfing (mele he’e nalu).

These early people of Hawaii were very religious and believed in a number of spirits, gods, and goddesses, to whom they prayed and held ceremonies for. Religious ceremonies included the performance of dance, music, and chanting, or mele oli and mele hula. Mele oli were a capella songs, while mele hula was song accompanied by dances performed by a group. Strict rules were enforced during the mele chants, and the mele performers (haku mele) were composers who underwent extensive training to give their performances. The haku mele could perform the chants in a number of ways like the very fast kepakepa, and the well-pronounced koihonua.

Although Hawaii’s own musical styles have always been favorites, its people have also embraced music from the outside world.

Hawaii celebrates its musical traditions and various genres by holding a number of musical celebrations and festivals throughout the year. Here are some of the most popular music festivals held annually on the Aloha Islands:

Many of the islands’ hotels provide live musical performances in the afternoon as entertainment for their guests, including the well-known Hilton and Sheraton hotels. Larger music venues in Hawaii include the University Theater, the Kauai Community College Performing Arts Center, and the historic Lanai Theater.

Because of its regional isolation from the U.S. mainland, Hawaii has developed its own regional music industry. Although some American influence is present in the Hawaiian styles of music, the Aloha State has retained melodies from traditional Hawaiian music.