Skip to content
Hawaii Guide > Past and Present > 400 – 1000 A.D.: Polynesians settle in the Hawaiian Islands 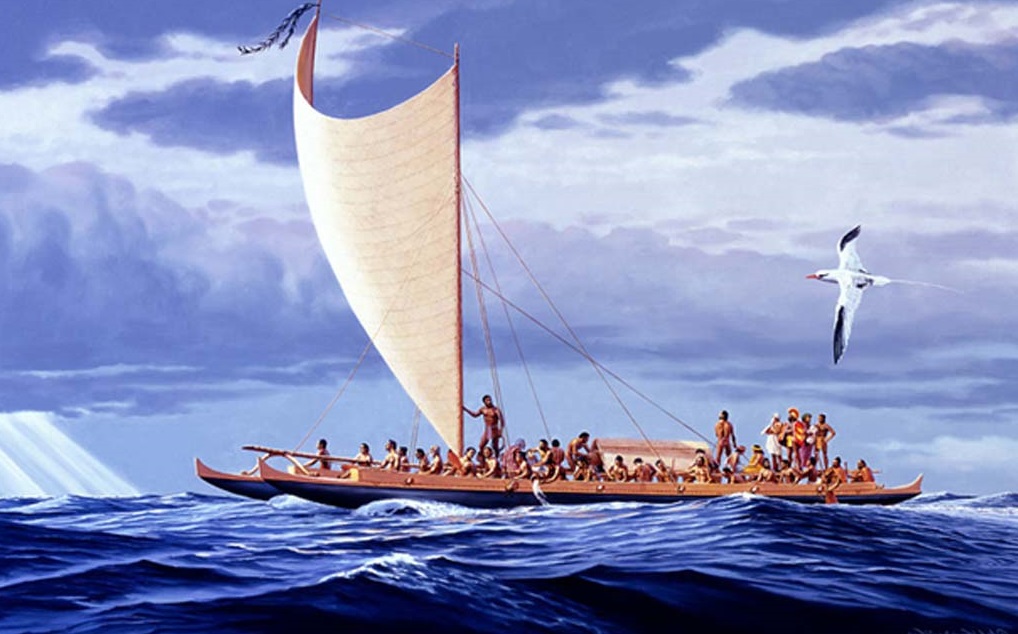 It is believed that the Hawaiian Islands were uninhabited until around 400 – 500 A.D., when the Polynesians arrived. Skilled mariners, Polynesians had a long history of exploration and settlement of other lands. Although the reasons for this aren’t firmly established, it’s likely that groups left for new shores when islands became over-populated. Less powerful groups may also have fled in order to avoid war with other tribal groups.

These pioneers planned their journeys well, traveling in groups large and diverse enough to found new settlements. Their dugout canoes were sturdy and well crafted, with two canoes joined by a platform to create a single, well-balanced boat. They used both sails and paddles to power their boats across the ocean. Each one had at least fifteen crew members, with three or four boats usually traveling together. To keep track of each other in the darkness of night, they blew on conch shells.

Many historians believe that the Polynesians who settled Hawaii came from the Marquesas Islands, which had forbidding terrain and poor conditions for farming. To aid their venture’s success, they brought many types of supplies. In addition to food for the journey, they brought at least a half dozen plant species to cultivate, like bananas, taro, and breadfruit. They also brought pigs, small dogs, and chickens to raise. Of course, no journey would be complete without handy items like medicinal plants, basic tools, vessels made of gourds, and ropes.

Polynesians first landed on the big island of Hawaii, at Ka Lae on the southern coast. The name Hawaii derives from the word Havaiki, the Polynesian name for a homeland they believed they all originally came from and would return to after death. To survive while they waited for their first plantings to grow and mature, they hunted birds, fished, and gathered native foods.

Over the years, they spread out over all the major Hawaiian islands. With no written documents and few artifacts to study, little is known about their customs and ways of life. However, we do know that they were the sole inhabitants for several hundred years, until the Tahitians landed around 1000 A.D.